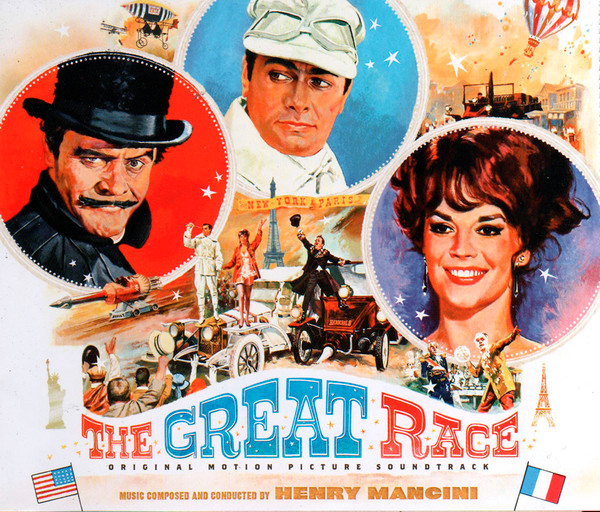 Directed by  and originally released in the US on December 4th, 2022

A spectacular land race from New York to Paris in the early 20th century is planned, the two main competitors being the handsome, dashing hero in white, The Great Leslie (Tony Curtis), and the dastardly, black-suited Professor Fate (Jack Lemmon). While Fate's sidekick, Max (Peter Falk), attempts to sabotage Leslie and the other racers, Leslie finds an unlikely ally in Maggie DuBois (Natalie Wood), a suffragette and journalist-turned-racer whose car breaks down halfway through the event.
__________________________________________________